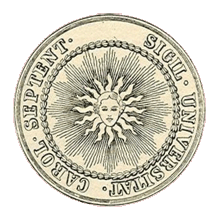 (23 Episodes) "American Adventure" The "American Adventure" series is a wonderful drama series depicting important moments in American History. Actors portray these stories so well, that you can very nearly ...smell the fire burning.. or taste the freshly brewed coffee ... or even hear the birds singing above the lakes.... The American Adventure series (1955-1956) is brought to us by NBC with the cooperation of the University of North Carolina and with Sponsorship Funded by the Ford Foundation. Most importantly, it is brought to us, with the hard work of John Marsden Ehle, Jr., an American writer best known for his fictions set in the Appalachian Mountains of the American South. **John Marsden Ehle, Jr. (born December 13, 1925): In addition to his writing career, Ehle has been active in a number of social, educational, and anti-poverty projects in the state of North Carolina. From 1963-1964, Ehle served as special assistant to North Carolina Governor Terry Sanford, an appointment Sanford often called his "one man think tank." Sanford credits Ehle for the idea behind the state-wide initiative The North Carolina Fund (a non-profit organization funded primarily by grants from the Ford Foundation to fight poverty in North Carolina). As an extension of Governor Sanford's focus on education, Ehle was instrumental in the founding of both the North Carolina School of the Arts and The North Carolina School of Science and Mathematics, among the first such state-supported high schools for the gifted and talented in the United States. John Ehle's public service also reached beyond North Carolina to the national level. From 1964 to 1966, Ehle served as an advisor on President Lyndon B. Johnson's White House Group for Domestic Affairs. From 1965 to 1968 Ehle was a member of the United States National Committee for UNESCO. He also served on the National Council for Humanities (1966-1970). * SOURCE: Wikipedia ** This is most definately a series to share with family and friends; please download and pass on to others! OTR * def gp ddh

These are not factual but dramatic fantasy

I assume these are put out by the drama society of Univ. of NC, as they are totally fantastic in nature and not taken from history. They are "what ifs"- sort of a completely dramatized slices of the lives of the persons depicted. One of the voices grates on my ears: Charles Kuralt? who once did radio, who's voice and the bits he does are I think quite affected. I was looking for actual events, not made up ones, unfortunately, but gave them a listen and the audio in these is extremely good- at least the ones Ive heard so far. For this wishing a history lesson, move on. These are little mini-plays taken from fiction and not history.