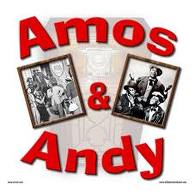 (309 Episodes on 2 pgs) Pg 1 of 2 - 087 of 309 Eps Pg 2 of 2 - 222 of 309 Eps AMOS & ANDY (Pg 2 of 2) including: 1) First Lines of each episode 2) Program Announcers 3) Program Sponsorship Descriptions 4) Names of All Deleted Doubles Listed as "aka" in Title and Name description 5) BBC 2 Part Documentary: The Real Amos & Andy It took me 3 weeks to clean up my Amos & Andy collection. By cleaning up, I mean I have removed (75 plus) existing doubles, as a result of mis-dated, mis-numbered and mis-titled episodes. Taking on the venture of re-listening to the first few lines of each episode, has enabled me to physically enter accurate 1st-Line information into the "Comments" section of each episode profile. When I began this clean-up, I had no idea what a bunch of useless files I had been holding onto for far too long a period of time. Fortunately I had the fore-site not to upload the files before I checked them over. Thank You OTRRG for creating "First Lines" for me (and other fans) to turn to so that we can eliminate excess Amos & Andy repeat files (as well as other OTR show episode doubles) from the Web! I admit it - I love Amos & Andy! The characters here are REAL, and I do a true Jelly-Belly laugh during each and every episode. The writers of this outstanding program were highly intelligent and HILARIOUS! They must have had an absolute blast sitting around making up the words to put into the mouths of all of these wonderful characters!!! I will update this collection, as I acquire more episodes. Again, I love this show and I know you will too. Please share the Internet Archive!! OTR *def gp ddh

For those of you who think this is nothing but racist junk, think about this, this was the number one show in most of the world at one time. They never mentioned any thing about being black, or white on the show, that was left up to your imagination. A lot of people never knew the race of the radio actors. they paved the way for future black comedians to become entertainers to white people.This show just makes fun of the bum who happens to be black, and this show is genius how they did it. It wasn't all making fun, they made sure to show amos and andy had good morals in the end. Like supporting our troops, staying faithfull to your wife, no matter how crazy she is.

The Earlier the Better

Amos 'n' Andy became a national phenomenon when it first began in the twenties, owing to the great writing skills of Gosden and Correll. Sadly, though, not much of the original series is available to us anymore. When they switched to a "sitcom" format in the forties, with episodes written mostly by other writers, many of the shows were quite funny, but the "sting" had gone out of them. As they went on, they got worse by adding musical interludes and having Amos and Andy talk directly to us as if they existed independently from the shows featuring them. It was all downhill from there.

Or so Andy would say about the claims that "Amos n Andy" is racist. Rather, the show plays on the classic comic themes of the battle-axe wife (Sapphire), the lazy conniving husband and friend (Kingfish) and the dim-witted but good-hearted friend (Andy Brown). The fact that the characters happen to be black is a non-issue. The southern dialect was used to make the show distinctive and comic, nothing more. For belly-laughs with no social or political agenda, "Amos n Andy" is a goldmine of hours of entertainment

Thanks and a question

I love Amos and Andy. Thanks for all of your hard work!! I do ave a question. It seems like there are a number of shows that are missing. Where are they? Is there anyway we could get more of the missing shows?? In 1945 there are very few shows available. Where are the rest of them? Thanks!!!

I REALLY ENJOY THIS RADIO PROGRAM ! LOT'S OF FUN LISTENING ! THANK YOU FOR TAKING ALL THE LONG HOURS AND YOUR HARD WORK TO MAKE THIS OUTSTANDING RADIO SHOW AVAILABLE TO US !

Thanks to the uploder for this wonderfully complete collection of my favorite old-time radio show.

my daddy told me about Amos and Andy. I love it as much as him.

My pleasure, & you are very welcome, dalanw!