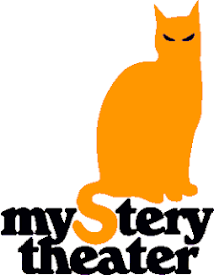 The format was similar to that of classic old time radio shows such as The Mysterious Traveler and The Whistler, in that the episodes were introduced by a host (E. G. Marshall) who provided pithy wisdom and commentary throughout. Unlike the hosts of those earlier programs, Marshall is fully mortal, merely someone whose heightened insight and erudition plunge the listener into the world of the macabre (in a manner similar to that of "The Man in Black" on yet another old time radio program, Suspense).

CBSRMT.0223.The Shadow of the Past

Heard on KIRO 710am CBS affiliate in seattle, late 90's

These were on within the last 15 years here in seattle. I prefer the older radio series, but these are good too, esp if you have never heard them on the radio with your own ears. They could be seen as a kind of distillation of all the great radio mystery series that came before. If anyone has favorite episodes, please recommend scariest, or with most surprising plot twists. ¿Who has time to choose from the loonnng list of possible stories for the night time reading pleasure? Scarier the better--excess gore not being one of the definitions of scary. Thanks volunteers who bring all this to us out of the goodness of their big shiny hearts. For the reviewer who said there is no one to root for in these: try THEM! which has A small nuclear family disrupted by a kidnaping of the dad. (why did they waste this title?) There are certainly characters you care about in this and other CBS RMT stories I've heard. I wonder which epsodes s/he could have been referring to?

wonderful! a joy to listen to. so many great stories. Truly a hidden gem to be discovered. I listen to a new tale of woe, romance,intrigue, suspense,horror or humor every night. Classic radio at it's best. would give 10 stars if I could!

Take me back to my childhood when I would stay with my grandmother overnight and she would listen to CBS mystery theater! Scared me back then but now I can really appreciate this wonderful radio show.

I love these programs. They are a joy to listen to.