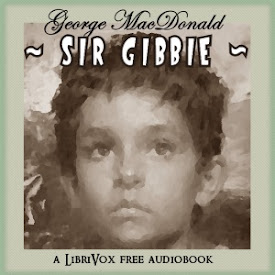 These are the adventures of Sir Gibbie through the Scotland moors. Not being able to read or speak, Gibbie survives on the streets without a mother and having an alcoholic father. Yet, he wins the hearts of his neighbors and helps others. Children and adults learn through Sir Gibbie self-sacrifice, honesty, and purity. (Summary by Maggie Travers) (18 hr 1 min)

A Sunday at Home

The Wisdom of the Wise

A Lesson of Wisdom

The Laird and the Preacher

A Hiding-Place from the Wind

What a lovely, imaginative story. If only there were people like “Sir Gibbie” - what a wonderful world it would be. I thoroughly enjoyed this book.I give it 5 stars although the site does not appear to quite fill in the last star for some reason.

I really enjoyed "Sir Gibbie." I'd heard about it being one of MacDonald's best "non-fantasy" books for a while and was glad to see the LibriVox community take it one. The readers did a wonderful job--thanks to each one of you! And the story itself was captivating. Never a real "page turner" (though the climax of the second third of the tale was pretty intense), MacDonald's story still drew me in and I was involved in the character's lives....learning from them and intrigued to see what the author had in store for them.....I actually didn't see the ending coming and was pleasantly surprised!

Sir Gibbie is a picture of a child, a boy, and a young man fully alive. The readers for the most part did an amazing job bringing the story and words to life. George MacDonald portrays a heart responsive to grace and mercy. Sir Gibbie is a picture of what a person fully alive in God’s grace. We may say Sir Gibbie is someone we should aspire to live like but is not attainable. I think George McDonald is saying let us all live like Gibbie and we will find out whether it is attainable or not. Gibbie was a human fully alive!

After listening to other books and getting frustrated with the main character being 'overly perfect' I wondered, 'What is so different about Sir Gibbie?' I just loved him right from the start! I think the reason is that, instead of being the model of a 'perfect Christian' he is, instead, a type of Christ, who is the model for what a Christian should be like. This book has a lot of Scots in it, but I got used to it as the book went on. Most of the readers are excellent, Esp. Devorah Allen and Hannah Mary. Thanks for making this available! So inspiring 💕

Great story. Even though George MacDonald's theology is not completely sound it is evident his love of Jesus is real. Gibbie is an unreal human being with a nature more akin to a pre-fall condition of man than after. Donal seems more real because of his weakness than Gibbie but it is an inspiring tale non the less.

This book is fantastic. So many gems of wisdom, truth, goodness, and beauty throughout each chapter. There were several chapters that were quite difficult to understand due to a change of reader, but the majority of readers were fine and even relayed a delightful Scottish accent.

Echoes of so many themes

There is a little of "The Gods must be Crazy". Janet could be Curdie's mother in "The Princess and the Goblin". Greed undermining wealth. Alcoholism is vividly portrayed, but unlike with Pansy, Prohibition is not a cure.

a hard start that almost made me wait listening, but i powered through and am delighted with the book. Lots of Scottish dialect that requires close listening, some readers succeeding better than others at being comprehensible.