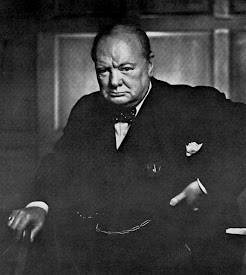 The Threat Of Nazi Germany

To The Royal Academy Of Arts

The First Month of the War

The Sinking Of The Graf Spee

The Navy Is Here

On Capitulation Of Belgium

We Shall Never Surrender

War Of The Unknown Warrior

Give Us The Tools

Westward Look The Land Is Bright

Until Victory Is Won

Do Your Worst, We'll Do Our Best

These Are Great Days

Still Masters Of Our Fate

The Resolution Of The People

The End Of The Beginning

Second Address To US Congress

Rebuilding The House Of Commons

The Sinews Of Peace

WU280000 WINSTONCHURCHILL 0002 THE FOLLIES OF THE VICTORS

WU430630 WINSTONCHURCHILL 0046 BEFORE THE AUTUMN UNITY

you can't judge people from the present perspective, you would have had to be there. HOWEVER HE'S GIVEN CRETINS (like tollundisim below) THE RIGHT TO MAKE AN UTTER T##T OF THEMSELVES.

All in one place.

The Churchill Estate (as well as British Institutions like BBC, British Library and British Pathe that don't allow downloads) are extremely possessive of archive material. There is a substantial amount of British pre-1950 spoken word recordings from the arts, to politicians to royalty - nearly all were put onto 78s for public consumption, so it's OUR heritage. Yet there's no single accessible source for them - they're spread all over the place, so it's good that these Churchill recordings, at least, are freely available.

the greatest PM of all time. Stop trying to re-write history

Don’t care for all this pc bs. Stop trying to demonise this man. Using modern comparisons and half baked out of context facts. Without him most the people against him who dare call themselves liberals/ socialists would have probably not been born. Listen to his speeches as a start you might actually learn something, he did what he did so you have the choice to.

These speeches show what a brilliant and prescient man the world had in Winston Churchill. It is truly tragic that, like so many before and after, people refused to believe his words until too late. Fortunately, there was a happy ending to the story, but not before millions died. Were his words heeded, one must wonder what the outcome might have been.

There is an awful lot of nonsense and unverified claims and suggestions among the reviews. Please would people actually think before posting nonsense, such as "....he wore panties." This is actually an immensely useful archive collection. I have listened with great care over the time it has been available and find nothing which is questionable regarding the content.

1) May I suggest that someone edit these reviews and remove the especially moronic ones. 2) May I suggest attaching dates to these speeches. They are random rather than chronological. 3) Thank you Poe for at least one intelligent appraisal of Churchill's stature. 4) I'm reading "Winston's War" presently and it is very good (historical fiction).

Many younger folks have been taught that Churchill was a just a cisgenderer priveledged white nationalist who advocated genocide in India and must therefore be despised. However they still owe it to themselves to actually listen to him in his own words. That way they can better criticise him and Western civilization.

As I hear many of the Churchill Speeches for the first time I believe that we allow the same history to continually repeat itself. It is stunning that we are allowing history to repeat itself when we can actually listen into the past and learn from it. G.E. Como