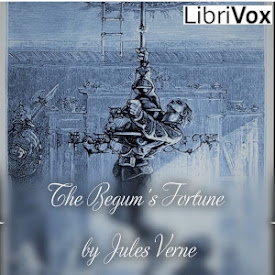 A novel with some utopian elements, but primarily dystopian. A French doctor and a German professor both inherit a vast fortune as descendants of a French soldier who married the rich widow of an Indian prince. They both decide to go to America and establish their own "ideal" society. Dr. Sarrasin, the French doctor, is focused on maintaining public health. He builds Ville-France. Professor Schultze, the German scientist, is a bit of a militarist and racist. He builds Stahlstadt and devotes his city to the production of ever more powerful weapons so that he can destroy Sarrasin's city. They manage to get the US to cede sovereignty to two cities so that the two newly rich men can create their utopia. The setting for Ville-France would place it on the Oregon Coast, near Bandon, Oregon. The location for the second city, Stahlstadt, is less clear, but the description would place it somewhere near Roseburg, Oregon. - Summary by Kate Follis (6 hr 21 min)

A Pair of Chums

Effect of an Item of News

An Article from "Unsere Centurie", a German Review

At Dinner with Doctor Sarrasin

News for the Professor

The Exchange of San Francisco

A Brace of Frenchmen Capture a Town

Parley Before the Citadel

The Kernel of the Nut

As usual, Jules Verne manages to ally humour, politics and scientific advancements in an entertaining story. As a German having grown up in France, however, the demonisation of the Germans was not much to my taste and smacks too much of war propaganda. I very much enjoyed listening to the excellent reader!