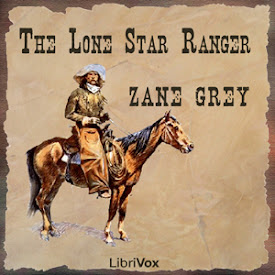 Buck Duane, son of a famous gunfighter, falls prey to the old problem - called out by a cowboy who wants to make trouble, Duane kills him and then must ride off to the lawless country near the Neuces River to escape being arrested and perhaps, hanged. His brief encounter with deadly gun-play has ignited a deep urging to repeat the adrenaline rush but is tempered by ghosts that haunt his sleep. He only dares to release his inner demon when he is taking down an outlaw who is particularly known for his brutality.
He develops a reputation for killing the most notorious Texas outlaws, which draws an unexpected interest: a captain of the Texas Rangers offers him a pardon and a ranger's badge if he will infiltrate the gang of the shadowy figure known as "Cheseldine" who wields vast power in West Texas, and make it possible for the Rangers to break the gang's hold on the region's towns. Duane accepts, never guessing in his wildest nightmares that he would sniff out this Cheseldine, his hideouts, his lieutenants... and fall in love with his daughter! (Summary by Mark F. Smith) (11 hr 11 min)

well written story. my first time experience with Zane Gray my relatives and friends have been long time fans. I understand it now I had thought only hard core western lovers would enjoy it, I was wrong. the reader is excellent like so many of the volunteers.

Loved the story! I'm a fan of Zane Grey anyway and have read most of his books, but I've not seen this one before. I think it's one of his best. Delighted to have "found" a new reader as well. I've already looked up the books you've read, Mr. Smith and will work my way through the list.

The reader is superb. The story was gripping and I couldn't stop listening. Adventure, action and gun play, everything i could ask for in a western. Loved it!

This was an interesting listen. It dragged at first due to a tough hand being dealt the main character and it seemed all was lost. But then the action picked up in the second half and ended happily, if somewhat abruptly. However, for me the narrative was spoilt by a large chunk (two whole chapters or more) being almost identical to a section of “the rustlers of pecos county”, with simply the characters names having been changed. Naturally, it didn’t therefore sit well within this storyline and felt like it had been forced into the text almost as if Zane Grey had run out of ideas. This was a real shame. The last few chapters however were original once again and a good listen.

Enjoyed enjoyed! I am a Zane relative of Betty Zane mother of Zane Grey I have several books but never had time to read them. Retirement has allowed me the time to listen. Thank you Mark Smith, job well done

If you didn't enjoy this book, then you need to read "EASTERNS." To the listener who commented on the non-Texas accent, I presume that the reader copied Rock Hudson in "Giant." The accent was fine with me.

I enjoyed the adventure and the realism of the gun play. The description of the various locations were very good as well as the character portrayal. The reader did an excellent job and I thank him for time and effort.