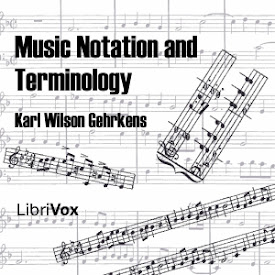 Until relatively recently, music students at all levels of study—from the conservatories to public schools—had few resources available for the formal study of musical notation and terminology in the classroom. In fact, it was not until 1914, when Professor Karl Gehrkens at the Oberlin School of Music published this compilation of class notes and sources he collected over the years, that a uniform text became available for schools and universities everywhere. Since the publication of this monumental work, similar textbooks have emerged, but Dr. Gehrkens’ contribution remains thoroughly worthwhile—particularly since it provides not just the definitions of musical terms, but also the historical context of those terms. This inclusion enables students of music to better understand and remember those terms, and provides a platform from which Gehrkens argues for a uniform usage of musical terminology. Also included in the book are numerous musical excerpts, pictures, and actual analyses of musical examples.

Recommended for the musically curious as well as the serious musical student. (Summary by Susan) (6 hr 26 min)

01- Some Principles of Correct Notation

Read by Mark I. Smith

21- Appendix A- The History of Music Notation

Great Credit to the Readers

I have yet to finish listening to this but at the end of the first chapter, I was seriously impressed by the readers' performance and the inclusion of both music and descriptions of the illustrations. It was an ambitious undertaking and well executed. Passing acquaintance with musical terminology may be required to comprehend the first chapter but some of the terms used appear to be elaborated on later. Useful in combination with other materials for learning basic music theory.