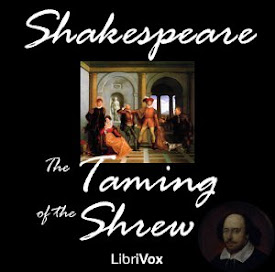 The Taming of the Shrew

The Taming of the Shrew is one of Shakespeare's earliest comedies, and was inspired by classical Roman comedy and the Italian commedia dell'arte. Baptista Minola, a rich gentleman of Padua, has two daughters: Katherina, renowned for her sharp tongue, and Bianca, who is sought after by multiple suitors. Baptista decides that Bianca cannot marry until her elder sister finds a husband. Enter Petruchio, who has come to "wive it wealthily in Padua," and who is convinced by Bianca's suitors to woo Katherina. The play ultimately poses the question of who is the bigger shrew: Kate or Petruchio. The subplot involves the subterfuge employed by Lucentio to woo the lovely Bianca. (Summary by Elizabeth Klett)

This presentation of a classic was a joy to listen to. The readers did a good job. Just not sure if the sentiment toward women's roles even remotely apply any more. But the play still is entertaining.

A Good production of an intriguing play

Yes, it's not exactly the perfect picture if a man's leadership in marriage, so just listen to a Chris Mueller sermon and then it with a grain of salt, and it's an intriguing and entertaining play. Some of the readers are pretty average, but on the whole, it's a good production.

Not A comedy for the Faint of Heart

Feminists beware of the Taming of The Shrew. Everyone else, enjoy a comedy where playing on words takes center stage.

okay book/play, well read. I listened because I loved the movie ten things I hate about you as a girl, the movie was based on the play. I can definitely see the inspiration behind the movie in this play. I like the movie more but it's nice to see where the idea came from.

Absolutely hilarious I wish I could watch the play!

rating for readers. the book is not worth the trouble