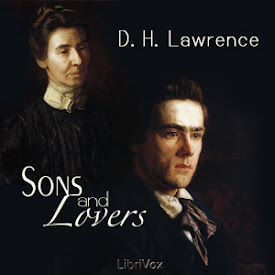 This intimate portrait of a coal-miner's family fastens on each member in turn: Walter Morel, the collier; Gertrude, his wife; and the children: William, Annie, Arthur, and Paul. When Mrs. Morel begins to be estranged from her husband because of his poor financial sense and his drinking habits, she comes to inhabit the lives of her children - most particularly, her sons. She is determined that they will grow to be something more than men that come home blackened with coal dust every day and roaring with drink every night. As each grows up and moves away, she must release him. But Paul, she holds; they have a bond that defies time and the attractions of young women.

Lawrence originally intended the book's title to be "Paul Morel" and it is on this son - and his lovers - that he spends the bulk of his tale. The strong mother can make a success of her son, but if he cannot learn to leave his mother's apron strings, will he really be a better man than his father? (Summary by Mark Smith) (18 hr 47 min)

01a – The Early Married Life of the Morels, Part A

01b – The Early Married Life of the Morels, Part B

02 – The Birth of Paul, and Another Battle

What is this book? Interesting book, upsetting book, frustrating book... A book that ends with the will to live but no happiness. I suppose some of my response is the fault of my own bias: I had entered this book with the assumption that it would end peacefully, so as Paul fell continually deeper into sin and misery I grew frustrated. Now I realize that this wasn't a story of ascent but of descent: of confusion, complexities, and bad choices. I think that the deep exploration of family, relationships, and the individual may help me to understand others better, hopefully while not casting too glum a shade on my outlook. (As always, Mark does a fine narration!)

I'm working my way through the modern libraries list of the top 100 english-language novels and this is number nine on their list, and for good reason. it's well-written and slowly draws you into the characters until you find yourself wanting to know more about them and what happens next in the story. even the ending although somewhat logical will leave you wanting to know more about the characters after the novel ends. I'll have to see if any of the DH Lawrence novels continue this character's story I would like to point out the excellent job the reader did on this without trying to use too much inflection he clearly distinguish the characters in separate tones and voices that made everything move smoothly and without any interruption or distraction from the reading. I'm going to have to look if he has any other books on this service.

I have never read or had read to me such a complete book of misery. There is a little happiness, but not much. The characters are presented in an overly dramatic way. It seems unrealistic that just about everybody loves and hates their significant other with so much alternating passion. It's like all of them are mentally ill in one way or another. Mark is great as the reader, but he always is. His accents are amazing.

The reading was very well done. The book itself shows the effect mothers have on the maturing of their sons into men and, of course, lovers. Paul was quite often like a puppet, doing as his mother wished. He subconsciously reflected her own attitudes on different matters and depended so much on her for his happiness it's no wonder that by the end he seemed so lost.

Very good story, enjoyed all the readers. It's a sad story showing how a mother's love for her son can cross the line and he lets her take possession of him. A good example of hanging on to mums apron strings. Paul the son wants to break free from his mother's love/ possession, but feeling guilty. Jackie from Kent, UK

The reading was excellent as you would expect from Mark. The writing has brilliant sections of beautiful heart breaking prose but I've never been too enthused with writing that focuses almost entirely on the inner life and psychology of relationships. I will stick to DH's poetry in the future.

My mind enjoyed it but my soul "hated" it while my body held it but couldn't possess it. One would have to listen to see where I'm getting that

great story. im sure it mite be somewhat dull to read but Mark Simpson i think really brought it to life. beautiful story that should not be lost to time.