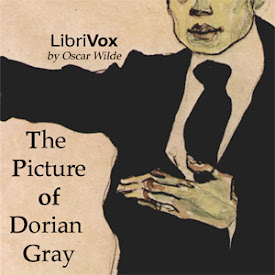 The Picture of Dorian Gray

Dorian Gray, a young man of wealth and stature in late 1800's London, meets Lord Henry Wotton while posing for a portrait by his friend Basil Hallward. Once the painting is complete, Dorian realizes that it will always be young and attractive, while he will be forced to age and wither with the years. Carelessly, he wishes the opposite were true. What happens is a treatise on morals, self-indulgence and how crucial personal responsibility is towards one's self. (Summary by John Gonzalez) (6 hr 11 min)

i wish john would read many more books, he's a pleasure to hear. they way he does it brings you even more closer to the story and characters. the story itself is very well written and very well designed. i recommend everyone to try it out.

John Gonzalez has read many if not most of the Wilde selections which tells you that he loves Wilde worlds as much as us Wildeans. that alone gives him five stars in my book.

This is the best version of this novel on Librivox. I'm half way through and I love it so far. Just my type of literature; deep, philosophical, and really well written.

Gray’s hideous portrait is not the only secret in this version: there is no indication the book is abridged! I only discovered this because I’m a Shmoop addict and they talked about chapters and characters that were NOT in this reading.

I am over 40 and somehow missed Oscar Wilde in all my mandatory educational reading. I chose this only based on three character appearing in some pop culture media (like League of Extraordinary Gentlemen). Wilde has an incredible way with words in this story, drawing the reader into Dorian's world as well as into the minds of his "friends", like the Devil and Angel (or maybe just a lesser Devil) sitting upon his shoulders. The reader is equally fantastic (despite the occasional audible swallowing). My only complaint is that this is abridged with key scenes and at least one character missing, and I could not find any indication from the picture or description. Only a search afterwards tipped me to missing something when I read in a Cliff Notes quiz about Sybil Vane's brother.

The narrator did a great job of expressing one of Wilde's masterpieces: "The Picture of Dorian Grey." It's well worth the time to hear and enjoy.

Oscar Wilde has written a wonderful work considering the question of what mashes men good and evil. The reader is clear and had good pacing.

This book is a longtime favorite and I’ve read it more than once and have watched several movies that have come out of Hollywood over the years. Listening to it for the first time has been a great joy. John peels away the hedonistic layers of Lord Henry and his influence on the once naive Dorian with the sweet tones of his voice. The last chapter nearly caused me to weep. Exquisite! His rendition is perfect in delivery and I nearly wept during the last chapter. John's inflection is simply breathtaking! Loved every minute listening to Mr. Gonzalez. Thank you LibriVox and thank you so very much John.