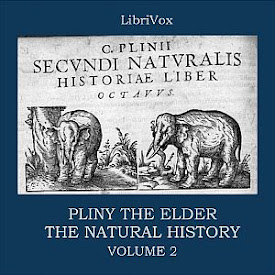 Naturalis Historia (Latin for "Natural History") is an encyclopedia published circa AD 77-79 by Pliny the Elder. It is one of the largest single works to have survived from the Roman empire to the modern day and purports to cover the entire field of ancient knowledge, based on the best authorities available to Pliny. The work became a model for all later encyclopedias in terms of the breadth of subject matter examined, the need to reference original authors, and a comprehensive index list of the contents. The scheme of his great work is vast and comprehensive, being nothing short of an encyclopedia of learning and of art so far as they are connected with nature or draw their materials from nature. The work divides neatly into the organic world of plants and animals, and the realm of inorganic matter, although there are frequent digressions in each section. He is especially interested in not just describing the occurrence of plants, animals and insects, but also their exploitation (or abuse) by man, especially Romans. The description of metals and minerals is particularly detailed, and valuable for the history of science as being the most extensive compilation still available from the ancient world. (Summary from Wikipedia)

This second volume includes books six to ten, covering the following subjects:
Book 6 - An account of countries, nations, seas, towns, havens, mountains, rivers, distances, and peoples who now exist or formerly existed
Book 7 - Man, his birth, his organization and the invention of the arts
Book 8 - The nature of the terrestrial animals
Book 9 - The natural history of fishes
Book 10 - The natural history of birds (14 hr 2 min)

It is interesting to hear what ancient people believed to have been true about the natural world. There where many gaps in their knowledge, and in some of their misconceptions I can see the beginnings of certain present day fantasy and superstitions.