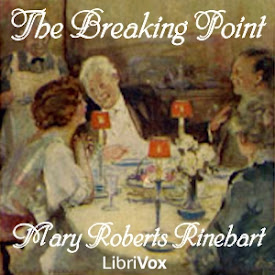 Mary Roberts Rinehart -- "America's Agatha Christie," as she used to be called -- set this story in a New York suburban town, shortly after the end of the first world war. Dick Livingstone is a young, successful doctor, who in the course of events becomes engaged to Elizabeth Wheeler. But there is a mystery about his past, and he thinks himself honor-bound to unravel it before giving himself to her in marriage. In particular, a shock of undetermined origin has wiped out his memory prior to roughly the last decade. Rinehart, who presumably had been reading, or reading about, the then popular Sigmund Freud, plays on what today is called "repressed memory," as she takes Dick into his past, and into the dangers that, unknown to him, lurk there. Is she correct about the behavior of memory? Who knows? After all, this is not a clinical treatise, but a work of fiction, one of the thrillers that made her such a popular writer of the earlier twentieth century.(Introduction by Nicholas Clifford) (11 hr 27 min)

A very good book. I felt a variety of emotions from sadness to joy. A writing of life where all is not rosey. Really enjoyed this narrator. He did a great job and it makes a difference.

Okay, it's a bit far fetched, but still good. Our hero has met the woman of his dreams, but he has a gap in his memory that he wants filled. So he returns to the place he thinks that will jog his memory. Unfortunately it works, and he forgets the ten years he has spent as an honored doctor and only sees himself as a killer on the run. Fortunately, he has earned some friends who want to help him, but will it be too little, too late? Can he reclaim his position as a doctor and fiance? Reader was excellent, no complaints. I really enjoyed this story.

This is a very good story -- long, but good. I'm learning that Mary Roberts Rinehart was very good at writing the complexities of relationships, the nuances of emotions, and in combining those human elements with some well thought out mysteries. This Librivox volunteer reader did a very good job. (I must say that I've seen MRR praised as "an American Agatha Christie"; that she is not. Christie is controlled and concise and packs a lot into her much thinner books, whereas Rinehart rambles on prodigiously with minute details of actions and emotions. Both are good writers, but they are very, very different.)

The reader has a perfect narrator's voice! The story is intriguing; although a bit slow moving it is very well-woven and worth the patience to slowly experience all the angles.

Mary Roberts Rinehart writes with both passion & wisdom, born of an understanding of Human Nature, whereby Men & Women, alike, can enjoy her Novels.

Rinehart Does It Again!

Between the well done narration and another finely crafted Rinehart novel, Librivox conspires to hit another one out of the park!

N. Clifford is a first-rate reader. The book is about twice as long as it needs to be, however.

Excellent reading and quite a fine story. I was surprised. I'll be listening to more of the author's work and the reader's.