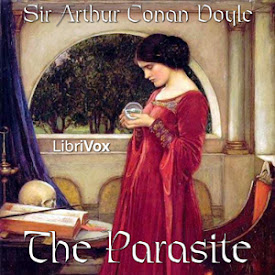 Being a physiologist, Austin Gilroy is unconvinced that the occult is real. His friend Professor Wilson, however, is not only convinced that psychical powers are real, but eagerly desires that Gilroy should be persuaded. To this end, Wilson invites Austin to his house for a demonstration. The effect is that Austin, although still skeptical, now concedes that there is more in the matter than he at first believed. But when the psychic, Miss Penclosa, controls his actions to the point where he nearly murders his fiancee, Austin Gilroy doubts no longer. (summary by Carl V.) (1 hr 58 min)

This is one of my favorite stories. I've listened to it several times. My favorite listening was while driving from NJ to GA with my 87 year old grandmother. Listening with her (she is a retired literature professor) gave me a fresh perspective and we enjoyed debating the ending! I still often listen to this story to help me fall asleep! Lol...

better of the two versions

This is the better of the two versions of this story on Librivox. The other guy has a whistle in his speech like Herbert on Family guy. This reader is a bit choppy does a decent job.

Doyle proves himself to be the equal of anyone with this brooding tale with its surprise ending. Despite the assertion of the conscious on-going control of a victim (which is known to be untrue), this story stands as a warning to petsons that they must never allow themselves to be hypnotized; post-hypnotic suggestions ( rather than remote soul transference) do, in fact, exist and can bear painful cosequences. The narrator did a fine job.

Sir Arthur Conan Doyle never has disappointed me much but this story is so confusing and so vaguely placed... I'd like it if there were a few more addition as to how Miss Penclosa did what she did.

It is easy to follow along with what is happening. Clearly read and an easy listen. Abrupt ending. I may have to listen to the final chapter again.

this story was not at all like most of Conan Doyle's, and I did not enjoy it. the ending was very abrupt with no explanation.

Very strange and not quite his other works, but a good listen. I only give 4 star instead of 5 because the ending was abrupt and a bit underwhelming.

Another excellent short novel by Sir Arthur Conan Doyle. I thoroughly enjoyed the story and was beautifully read.