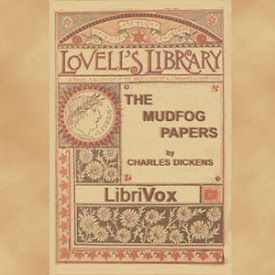 Mudfog and Other Sketches

The Mudfog Papers was written by Victorian era novelist Charles Dickens and published from 1837–38 in the monthly literary serial Bentley's Miscellany, which he then edited. They were first published as a book as 'The Mudfog Papers and Other Sketches. The Mudfog Papers relates the proceedings of the fictional 'The Mudfog Society for the Advancement of Everything', a Pickwickian parody of the British Association for the Advancement of Science founded in York in 1831, one of the numerous Victorian learned societies dedicated to the advancement of Science. Like The Pickwick Papers, The Mudfog Papers claim affinity with Parliamentary reports, memoirs, and posthumous papers. The serial was illustrated by George Cruikshank. The fictional town of Mudfog was based on Chatham in Kent, where Dickens spent part of his youth. Mudfog was described by Dickens as being the town where Oliver Twist was born and spent his early years when the story first appeared in 'Bentley's Miscellany' in February 1837, making it a continuation of The Mudfog Papers, but this allusion was removed when the story was printed in book form. At the conclusion of his first contribution, about the mayor of the provincial town of Mudfog, Dickens explains that "this is the first time we have published any of our gleanings from this particular source," referring to 'The Mudfog Papers'. He also suggests that "at some future period, we may venture to open the chronicles of Mudfog." (Summary by Wikipedia) (3 hr 39 min)

Public Life of Mr. Tulrumble - Once Mayor of Mudfog

The Pantomine of Life

Some Particulars Concerning A Lion

Mr. Robert Bolton: The "Gentleman Connected With the Press"

Good Reader, Some Funny Bits, but Mostly Rather Dull