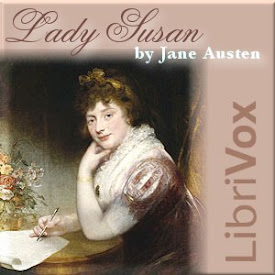 Jane Austen demonstrated her mastery of the epistolary novel genre in Lady Susan, which she wrote in 1795 but never published.

Although the primary focus of this short novel is the selfish behavior of Lady Susan as she engages in affairs and searches for suitable husbands for herself and her young daughter, the actual action shares its importance with Austen’s manipulation of her characters' behavior by means of their reactions to the letters that they receive.

The heroine adds additional interest by altering the tone of her own letters based on the recipient of the letter. Thus, the character of Lady Susan is developed through many branches as Austen suggests complications of identity and the way in which that identity is based on interaction rather than on solitary constructions of personality. Lady Susan’s character is also built by the descriptions of the other letter-writers; but even though their opinions of this heroine coincide with the image that develops from her own letters, Austen demonstrates the subjectivity of the opinions by presenting them – primarily – in the letters of one woman to another, thereby suggesting the established literary motifs of feminine gossip and jealousy. Readers recognize these subjective motifs and examine all of the idiosyncrasies of the characters in order to create their own opinion of Lady Susan – as they would of any real acquaintance. (Summary from Wikipedia)

this is the first epistolary written book i have been able to finish, and only becaused i forced myself to get into it because of the new movie coming out "Love & Friendship". the story is presented in letters written from one character to another (and voiced by different readers in that way). i always find those stories hard to follow. but as long as you pay close attention in the beginning of each letter so you know who it is from and who it is sent to, then it is easier to follow. the story is very good, a meddling mother who is a complete flirt and a family that is in awe of her and fear her at the same time. i just do not care much for stories written as letters.

I tend to avoid dramatisations on Librivox because of variations in volume, but all the recordings here are good quality and it's interesting to hear each character's letters in their own voice. The readers are greatly talented and the cast makes listening an even better experience. I particularly liked Lady Susan - she was perfectly cast and read so clearly yet with so much expression. :) Really entertaining, funny story and worth any Austen fan reading, though it isn't as long as her novels.

Amazing telling of complex characters via letters sent between characters themselves. Like most, if not all, Austen’s works, the plot involves if and when the “girl will get the guy”. Lady Susan herself is the most curious of all the characters. One half expects the daughter, Fredrica, to be involved in a long planned plot. Ending chapters could have used a considerable amount of more development however.

A throughly entertaining novel. The cast had very distinct voices as well as levels of audio quality, but it never took from the experience. Had a great time listening and Lady Susan was such a joy to read as she was such a self centered individual, totally aware of it and I loved that she simply didn't care and played almost everyone like a fidle.

As always, with Jane Austen books, delightfully entertaining and diverting. The readers were clear, easy to understand, and quite entertaining. I believe Jane Austen would probably have fleshed out her characters a bit more in later years had she not left us quite so early. The promise is certainly there.

needs concentration but worth it

An entertaining, well read, tale but you really do need to read a character list first and, as another reviewer says, listen carefully at the beginning of each letter, so you hear who it is from and to, to have any chance of following the story.

such a clever and amusing book

I have read all of Jane Austen novels many times, but just couldn't get into Lady Susan, that is, until now This is a lovely and amusing book and read superbly. Thank you to the readers. I now plan to listen to it again!