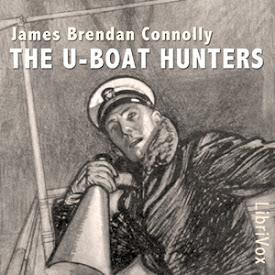 The author takes the listener on a tour of various ships used in WW1. He discusses the boats and the seamen who occupy them and their encounters with the German U-boats. It is a collection of short stories, each one complete, about them all. The author was also an Olympic athlete; winning a bronze, silver and gold medal in the Athens Olympics of 1896 and a silver in the Paris games of 1900.(Summary by wtomcho ) (5 hr 6 min)

14 - THE MARINES HAVE LANDED

A very enjoyable look at naval actions during the early days of submarine warfare. The writer used his journalistic prowess to present an interesting series of vignettes which aided the public's understanding of our naval intervention on behalf of Great Britain. It also could have been used in recruiting drives.

great narration, interesting stories apart from the naval recruiting propaganda at the end! very obvious that this was written during the war, what with all the veiled speech about information that was classified at the time.

As true and interesting an early look as I've read.

Well narrated, the book is full of interesting anecdotes on the subject. The author though painted an unduly glamorous picture of his subject. It may be because the book was of it's time and of course the context then was different. The author did hint that anything other than a rose tinted view may not have been published which was intriguing. His thoughts on the future of Submarines was truly prescient and demonstrated the level of knowledge he had on his subject. Not the best book on this subject here but worthy of listening. Thank you again to the narrator.

His predictions of future battles are dead on. the story of the doctor taking command was engaging and well written. the only reason it wasn't rated higher was the reader's nasally voice. it was like having Jim Backus as Thurston Howell the 3rd read it to you.