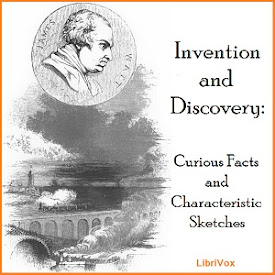 "In this little volume are brought together a number of sketches and memoranda, illustrating the history of discovery, and the lives and labours of inventors and explorers, not of our own country alone, but of others, for knowledge is of no country, but of all. The object of the collector has been rather to present the popular than the strictly scientific side of his subject, to furnish materials of interest and amusement, as well as instruction; and if now and then he has been tempted to stray into bye-paths of anecdote and gossip, excuse may readily be found in the fact that the private life of our men of science, often singularly noble and full of character, is apt to be altogether obscured by the brilliancy of the results of their secret and silent toil. This volume will have served its purpose, if it excites an appetite for fuller and deeper inquisition into the sources of British greatness and of modern civilization."

Since there are no chapter or other divisions of these anecdotes, the reader has chosen to read entries for about thirty minutes per section. There is an index of topics in the printed book available on gutenberg.org. (From Book Introductory Note and David Wales) (4 hr 37 min)

An odd little book of ephemeral facts, presented in small gobbets, dissociated from each other. Many parts are interesting, but others assume you know what makes the fact interesting. The people noted are no longer famous, the mountains conquered now have chalets on them, and so it is hard to tell, at times, what is meant to be considered marvelous in a particular anecdote.